Who roamed the canyon before dinos?

November 28, 2018—Long before tourists, long before dinosaurs even, something was scuttling around the Grand Canyon. It moved in a strangely sideways jaunt, as in the illustration of its tracks shown here.

Its tracks were recently discovered in Grand Canyon National Park and are some 315 million years old—the oldest non-vertebrate track marks ever found in the park. It was likely an early reptile, but why was it moving in such a bizarre sort of dance? Was the critter pushed off course by high winds, trying to impress a potential mate, warily approaching an enemy, or edging along an incline? We don’t know. But Arthur Wesley Dow teaches us that the Grand Canyon is full of mystery, majesty, and maybe menace. The light-footed reptile eventually fell prey to The Destroyer. 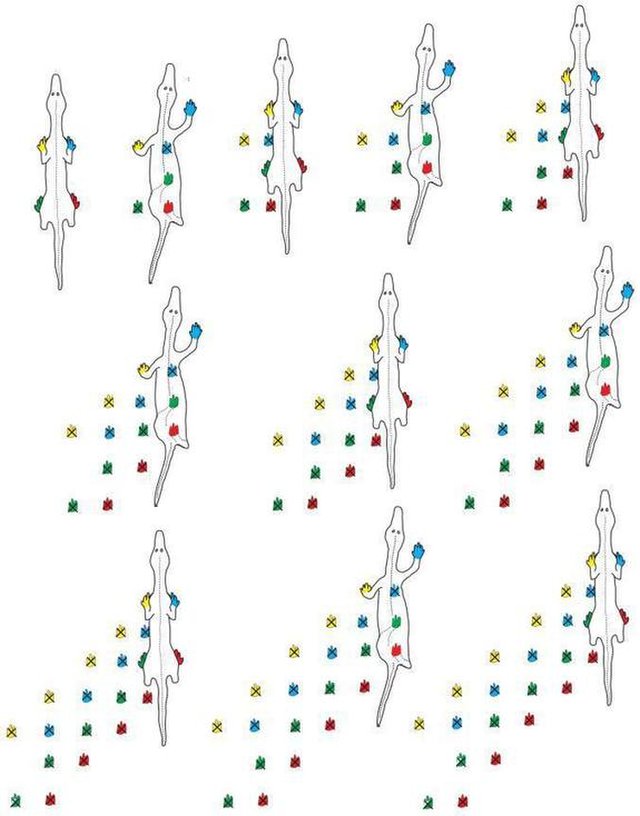