This is a study for a pair of murals, The Arts of Peace and The Arts of War, that now hang in the University of Michigan library. The figures are shown gathered around the Shrine of Knowledge to hear philosophers speak.

Last year in Cologne, archaeologists unearthed an ancient Roman structure, now identified as Germany’s first library. Dating to around 150 C.E., the two-story library had wall niches thought to have held over 20,000 scrolls as well as a statue of Minerva, the Roman goddess of wisdom and war. Due to the library’s central location, researchers believe it was a public library, welcoming everyone, not a private library owned by a governor or wealthy citizen. Possibly, locals browsed the collection by using ladders to reach high shelves and read labels made of parchment to find specific works—not dissimilar from what happens at libraries today. 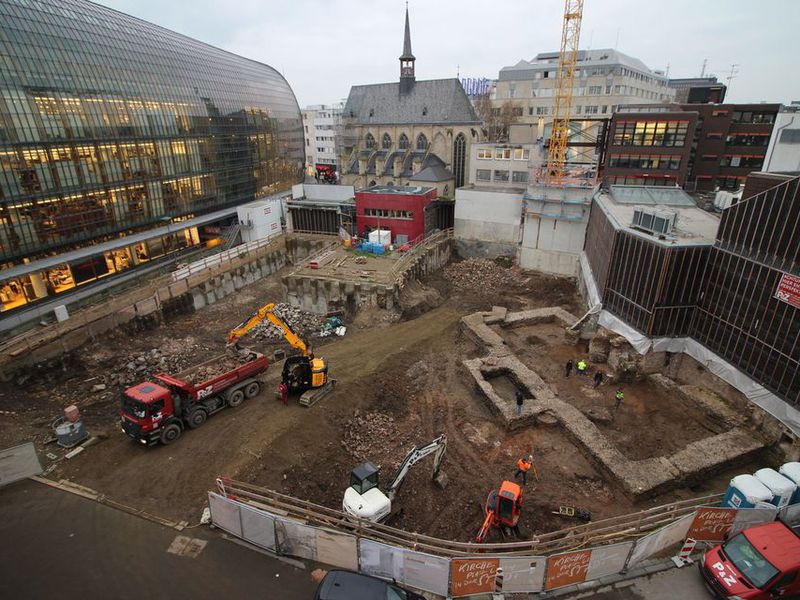 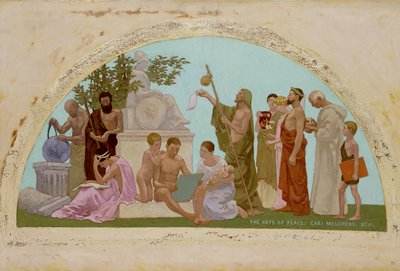