August 15, 2018—Music is central to many communities of Ghana. This drum, for instance, would have been used in Akan musical competitions.

In 1956, jazz legend Louis Armstrong visited Accra, the capital, during the taping of a documentary about him, produced by CBS journalist Edward R. Murrow. At the time, Ghana was on the cusp of becoming the first independent nation of Africa. So naturally, Armstrong’s band played a concert. At first, the locals weren’t sure what to make of his up-tempo sound. But once an elder started shuffling—accompanied by Armstrong’s wife, Lucille—others joined in. In no time, dozens were dancing, flapping their arms à la “funky chicken.” Between trumpet blows, Armstrong laughed with glee. Historians recently uploaded the lost footage to Youtube. It’s worth a view. Image credit: AP Photo/Marty Lederhandler News source: Lynsey Chutel, “Watch rare footage of Louis Armstrong play an open-air concert in pre-independence Ghana,” Quartz Africa, August 12, 2018 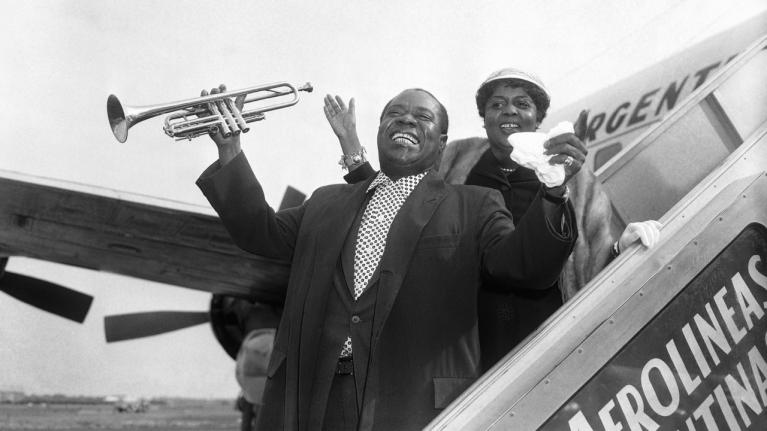 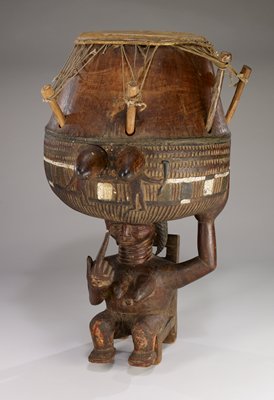