March 29, 2017—For a goddess known for her hunting prowess, Diana looks pretty chill here. No shooting, running, chasing down boars for her. Nope, this powerful Greek goddess is depicted as an odalesque, passive and supine.

Recently, the two female leaders of the United Kingdom—Nicola Sturgeon of Scotland and England’s Theresa May—were captured in a similar light. No matter that the two are knee deep in figuring political affairs post-Brexit, and if Scotland will seize the moment to declare independence from Britain. No matter that a refugee crisis looms on their shores, and a vicious terrorist act has struck at the heart of London. No, the headline in The Daily News, with a readership of 3.4 million, raises a far more pressing question—which world leader has “more shapely shanks”? The goddess, one supposes, is not amused. 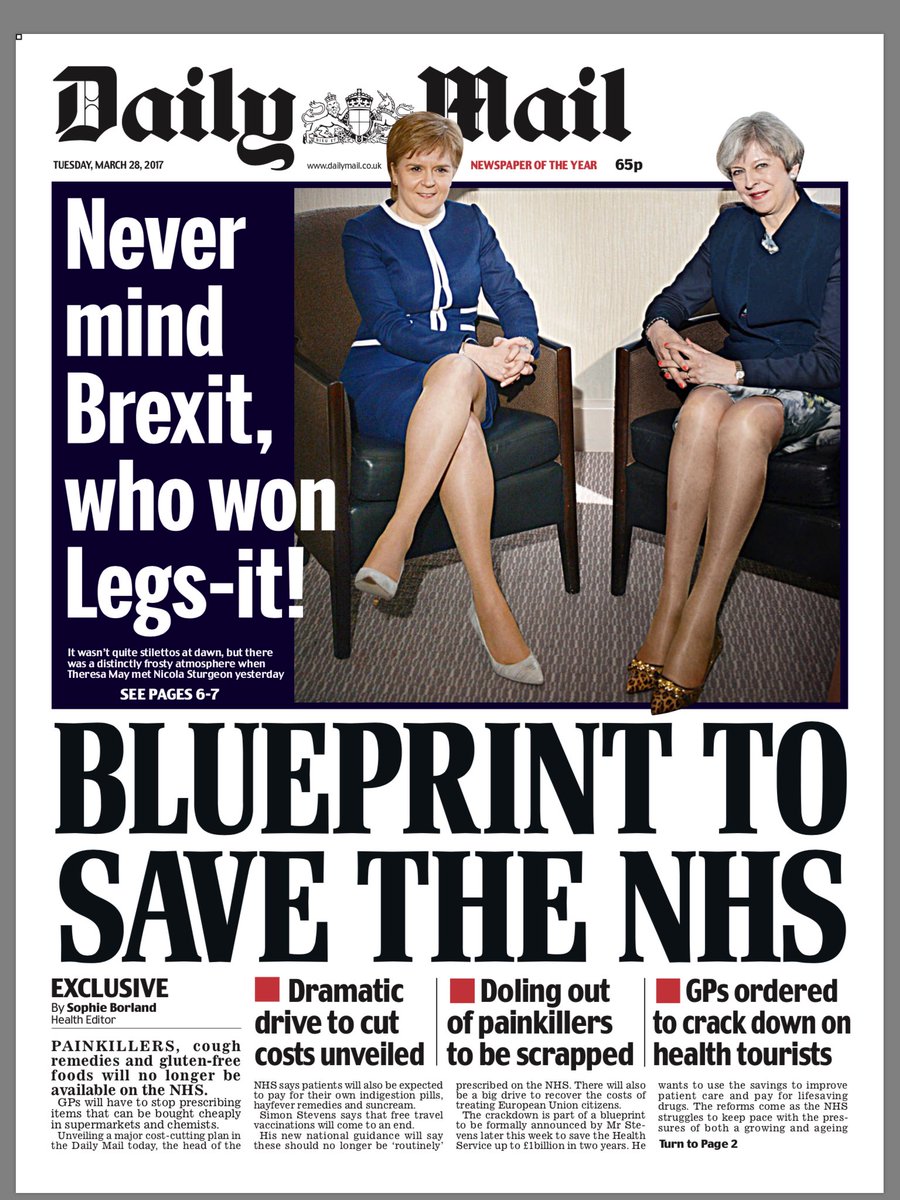