No bloom, no problem?

March 29, 2017— A recent cold snap in Washington, D.C., threatened the blooms of the famous cherry blossom trees. Typically reaching their peak during the third week in March, the blossoms are likely to emerge in two waves, experts predict—one over the weekend of March 27 and the next two weeks later. Despite the damaged buds, tourism hasn’t suffered; in fact, interest may be up this year.

The blossoms’ back story is a tribute to diplomacy between East and West. The National Cherry Blossom Festival reaches its 90th anniversary this year, but the original gift of multiple cherry trees dates from 1912. Mayor Yukio Ozaki of Tokyo City presented the capital city with the pink-petaled trees as a means to deepen the friendship between the United States and Japan. 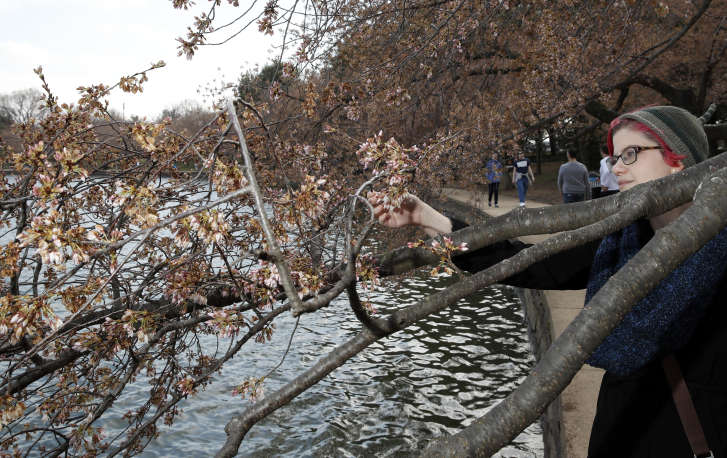