Artist Cy Thao’s depiction of the annual Hmong New Year celebration in the Land of 10,000 Snowballs and One Metrodome has a delightfully incongruous air. Look at those bare legs and wooly mittens! The Hmong people were allies of the United States during the war in Vietnam, and many were later persecuted for their service. In the 1970s, Lutheran Social Services forged pathways to welcome Hmong immigrants to the United States, settling a large population in the Twin Cities. Today, Hmong individuals serve as elected representatives in city councils and state government, as well as artists, accountants, teachers, chefs, and much more. 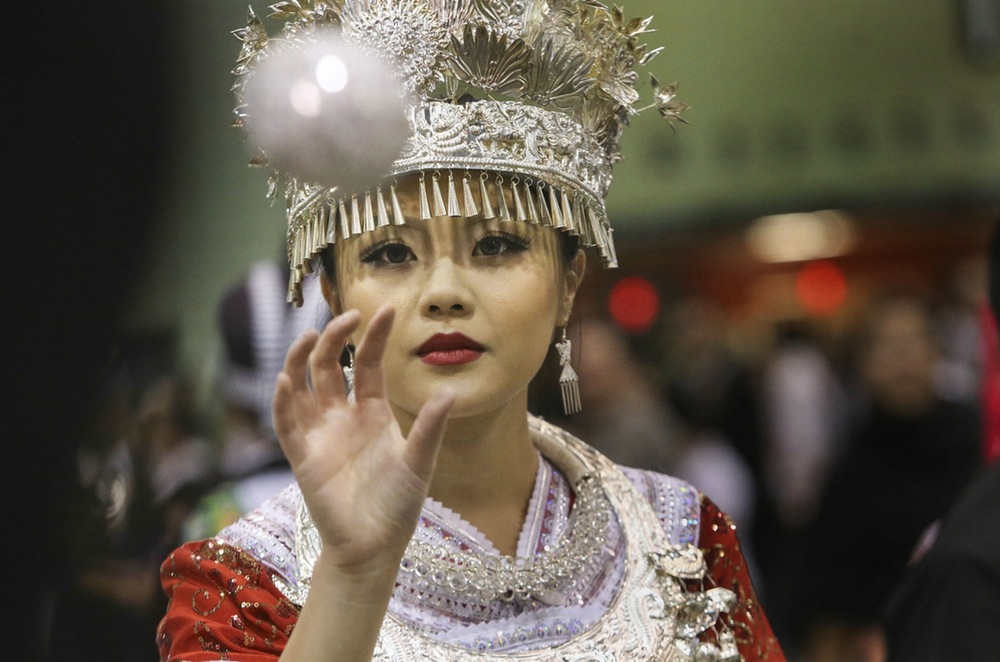 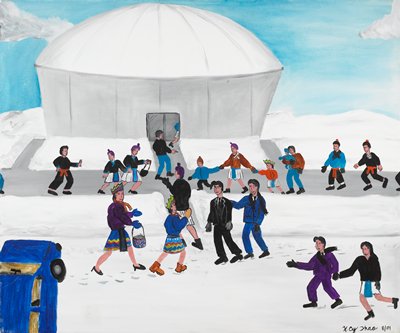