The naaxiin (also known as Chilkat) dance blanket is worn by powerful clan leaders of the Haida and Tlingit Nations. This leadership role was passed down from one generation to the next, and the ceremonial regalia signifies one’s right to command the position. The designs display the identity, prestige, and power of the blanket’s owner.

The naaxiin is valuable because of the time and resources required to make it. Highly revered women would weave these exquisite blankets based on designs drawn by men who had inherited the right to do so. The designs and crest symbols recount stories that reaffirm how wearers or their ancestors were granted power through their interaction with natural and supernatural phenomena. It was the artistry of the weaver to transform the cedar and goat’s wool into an object able to communicate in both the spiritual and natural realms.       — Dakota Hoska, research assistant, October 19, 2016 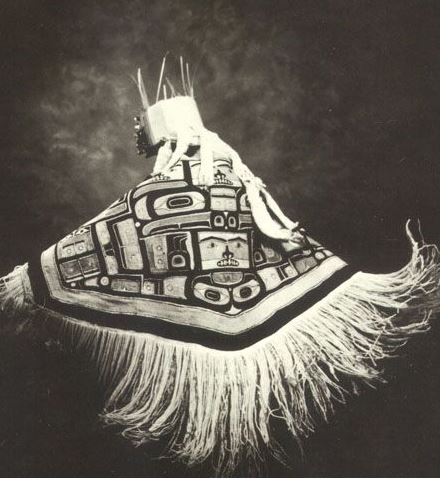