Just don’t do it?

For women athletes, modern sportswear seems to go one direction: up. Shorter, more form-fitting is the name of the game. Until this tennis season, that is. For the female players it sponsors at Wimbledon, Nike issued a “Premier Slam” dress that was about as breezy and voluminous as the toga on this badminton player. And slammed it was. Competitors were forced to cinch their shapeless, babydoll dresses with headbands and by adding layers, like a long-sleeved shirt and leggings. “When I was serving, it was coming up, and I felt like the dress was just everywhere,” Rebecca Peterson of Sweden said. Nike sent tailors to redress the dress to serve up performance over cuteness.           —Diane Richard, writer, July 6, 2016

News source: Ben Rothenberg, “For Some at Wimbledon, Nike’s Dress Just Doesn’t Do It,” The New York Times, June 28, 2016 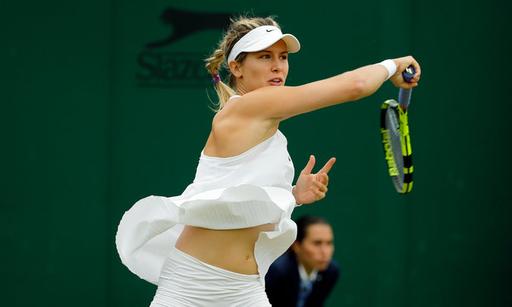