In many countries in Asia and elsewhere, tomb figures have long been used to accompany the deceased in the afterlife.

In our consumerist times, those grave offerings have taken a more brand-savvy bent. The latest trend? Designer gear—shoes and purses—made from paper, meant to be burned to send off loved ones’ spirits in style. Accordingly, the designer brand Gucci—ever protective of its luxury image—has cracked down on Hong Kong’s graveside vendors, claiming trademark infringement. In response, shopkeepers have pulled “Gucci” items from shelves, replacing them with inflammable packs of cigarettes—Danhill, Lucky Strlke, Marlbero, Sailem—and other dubiously named brands to be bought by the bereaved.         — Diane Richard, writer, May 5, 2016 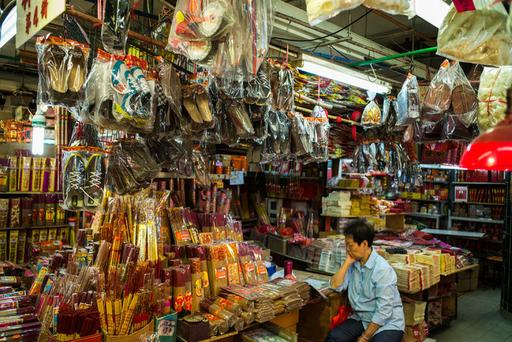