This teapot is not the “Utah teapot.” But its shape evokes an object that revolutionized 3D computer graphics and now serves as a visual in-joke among programmers.

Here’s the back story: When computer scientist Martin Newell was a Ph.D. student at the University of Utah, he was seeking a standard object to render in 3D. His wife suggested a teapot—ergo, the “Utah teapot.” The curves, handle, lid, and spout—and corresponding shadows—made it an ideal object for graphical experiment. The Utah teapot soon became an icon of computer graphics creativity. Keep your eyes open for it in the video game, cartoon, or theater screen near you. —Diane Richard, writer, March 1

Source: Jesse Dunietz, “The Most Important Object In Computer Graphics History Is This Teapot,” Nautilus, February 29, 2016 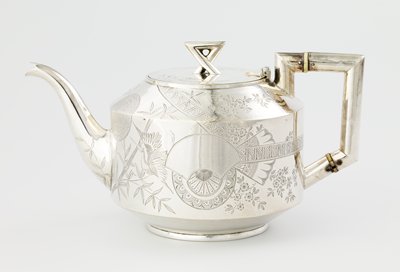