Want to see the soft glow of genius? Easy. Look up.

Last week, three physicists won the Nobel Prize for lighting a way to a better world. Specifically, they fine-tuned the creation of energy-efficient LED (light-emitting diode) lighting, which has illuminated the museum’s galleries for the last couple of years. Working separately and together, they found a way to produce blue light beams. This discovery augmented the work of other physicists who had produced red and green diodes, allowing for the creation of balanced white light. Which is why art looks so good under its glow. 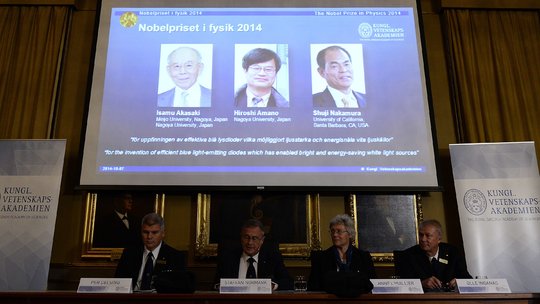