You know how the pleasures of planning a trip are sometimes greater than the actual taking of it? Like, discovering this Grand Salon carpeted in, say, shag?

That phenomenon has a name: Paris Syndrome. It was coined for Japanese tourists who arrived in Paris expecting a fantasy of Chanel suits, Champagne corks, and refined manners, only to discover seas of other tourists, surly Parisians, and so many sidewalk droppings. Now, it’s now Chinese tourists who are afflicted with the syndrome. Newly moneyed and eager to see the sights of the City of Lights, they’re finding themselves marks for pickpockets and haunted by broken dreams. —Diane Richard, writer, September 24 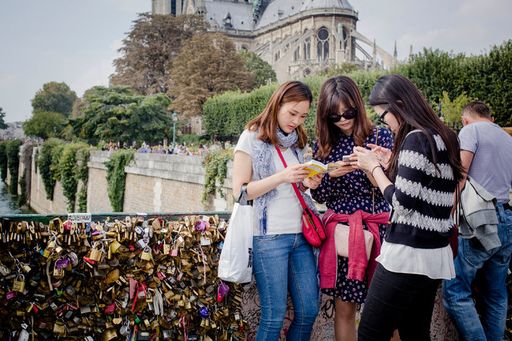