The dozing congregation captured in this painting could file a class-action lawsuit against Hogarth, if one New Yorker’s suit in state Supreme Court triumphs.

After being captured deep in dreamland on the Yankee Stadium Jumbotron, Andrew R. Rector, the fellow pictured below, claims he was verbally harassed by the media and social media trolls. Rector has sued Major League Baseball, the Yankees, and ESPN, claiming the images of him asleep and the announcers’ commentary have damaged his reputation. The suit seeks $10 million in damages for defamation and mental anguish.             —Diane Richard, writer, July 8 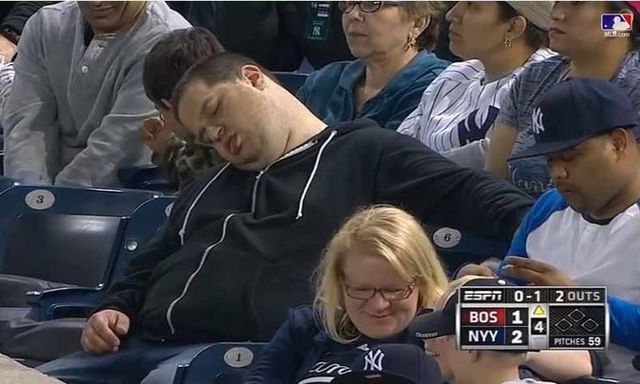 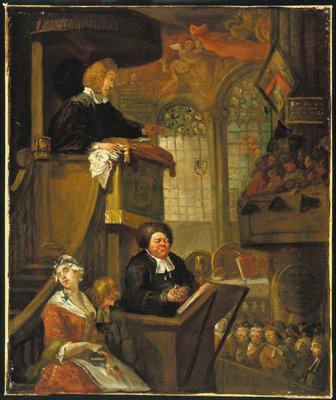