Taxidermy, a pastime long dismissed as macabre at best, is now being revived in a British crafting class.

Students longing to skin, preserve, and pose critters are picking up tips from Margot Magpie, a pseudonym the instructor uses to evade animal-rights advocates on her trail. The aim is to mimic scenes in Beatrix Potter’s Peter Rabbit books, in which mice and voles wear hats and clothes to sip tea and enjoy picnics. The bats, owls, and lynx in this scene were similarly sculpted.     —Diane Richard, writer, June 17

Source: KIMIKO DE FREYTAS-TAMURA, “As a British Pastime Is Revived, Some Critters Get Second Lives,” The New York Times,June 8 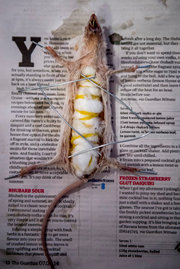 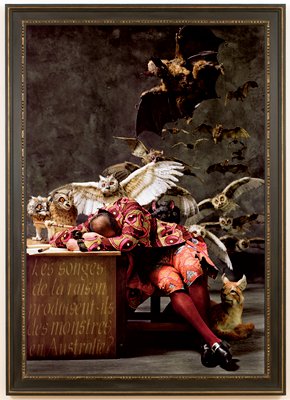