A joy ride runs out of gas?

It’s a story as old as ancient Greece: boy eyes golden chariot, goes joy riding, crashes back to reality. That’s how it worked out for Phaeton, anyway, whose story is depicted on this toilette service. He seized the chariot of his father, Helios, god of the sun, lost control, and plummeted to his death—the runaway horses scorching the earth and creating the deserts of Africa.

The St. Paul boy who recently nabbed a school bus arguably fared better. Having taken the bus during the driver’s coffee break at a gas station, he wound up crashing into the pumps at another station a few miles away—without fatality and without the desertification of the eastern metro. 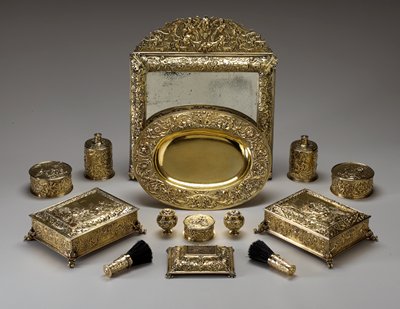