Are these the sea serpents of myth?

They surfaced recently near busy California beaches, a few days apart, dead on arrival. One was 18 feet long, the other 14 feet, like oceanic pythons. No one had seen anything quite like it, because spotting an oarfish—dead or alive—is nearly as rare as spotting a mermaid.

No surprise: the deep-sea creature, which can grow up to 50 feet long, was likely the undulating inspiration for sea serpent stories. What’s less clear is why these two died. But Japanese tradition holds that beached oarfish are harbingers of an impending earthquake. 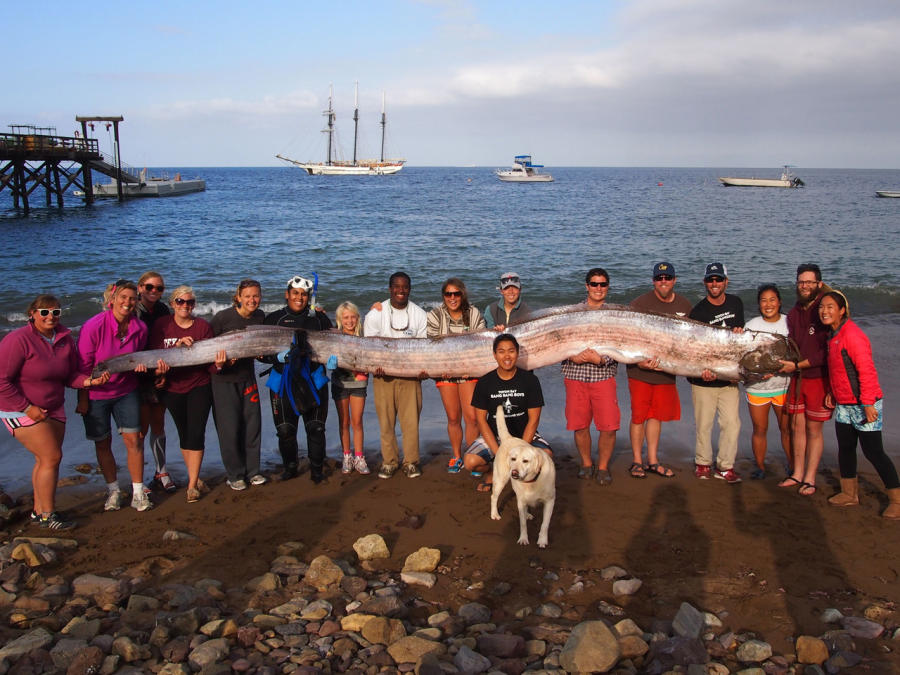