This much is true—with war comes wounded warriors. As Sgt. First Class Cory Remsburg learned all too well. But what the Army Ranger perhaps didn’t expect was the 3-time reappearance of President Obama at his side.

Nor did the President expect to watch the traumatic arch of Remsburg, first as a battle-ready parachutist during a D-Day commemoration in Normandy, next as a casualty of Afghanistan recovering from severe head injuries, and, most recently, as a veteran relearning to talk and walk. When Remsburg saw the President this last time, he recited the Rangers’ creed, “Rangers, Lead the way,” and took his first steps toward the commander-in-chief.

Source: JACKIE CALMES, “Obama and a Soldier: 3 Meetings, and a Lesson in Resilience,” 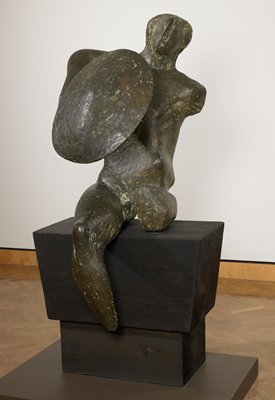