Does my hair make me look old?

Just how old were the founding fathers in 1776? Younger than you’d think. Recent research in Slatemagazine pegs the major figures of the American Revolution as the millenials of their day. Jefferson was just 33. Franklin, the only genuinely wizened one, had wigs older than Hale and Hamilton, both 21. Betsy Ross, 24, was more like Etsy Ross.

Famous portraits like this, which captured the fathers much later in life when they were truly fatherly, may have prematurely aged the founders in our perception. The powdered white wigs haven’t helped. 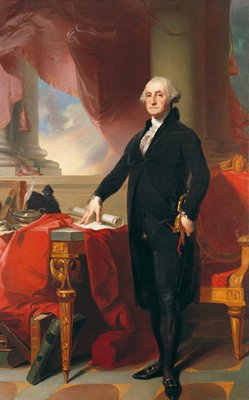