April 25, 2019—It’s obvious there could be no paint-by-numbers self-portraits. No sense in that. So excuse us for pairing this self-portrait by Richard Willenbrink with a news item about a mid-century revolution to put brushes in the hands of would-be painters. With his colorful palette, Willenbrink seems like he’d be game.

Dan Robbins, pictured above, worked at Palmer Paint Co. of Detroit, and the company was looking to increase sales. Robbins’s idea, to create artist kits using Palmer paint, fueled a revolution in DIY masterpieces for the masses. “I remembered hearing that Leonardo [da Vinci] used numbered background patterns for his students and apprentices, and I decided to try something like that,” Robbins said, during a 2004 talk in Chicago. The art form, which reached its apex in the ’50s, has resurged of late with kitsch collectors seeking out examples of the oddly flat-patterned paintings. Robbins died in April at 93.

Source: Sarah Rose Sharp, “The Legacy of Dan Robbins, the Man Who Taught Us to Paint by Numbers,” Hyperallergic, April 11, 2019 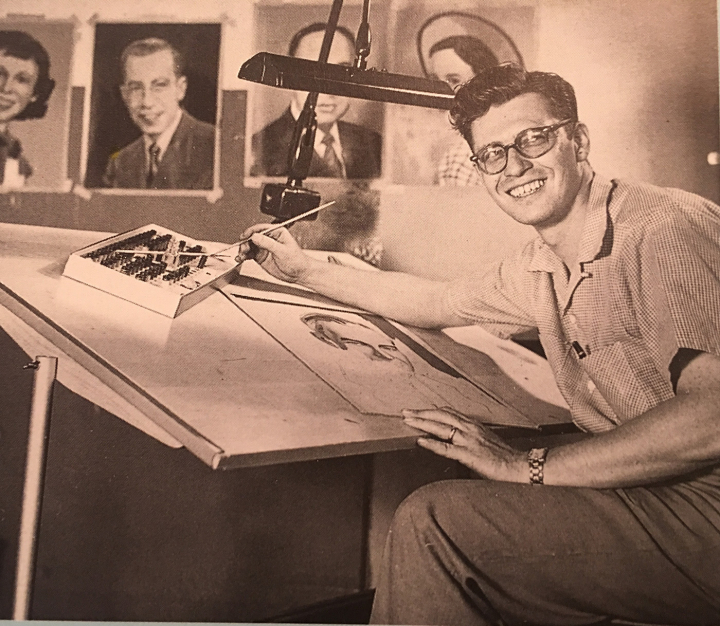 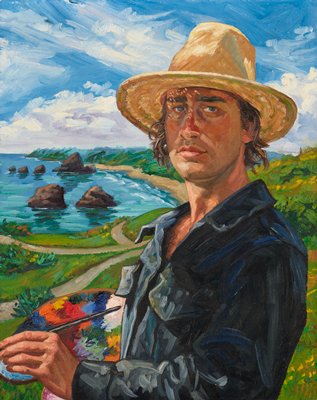