April 24, 2019—The inscription on this covered dish reads: Mors Lupi Agnis Vita (The death of the wolf is life to the lambs). It’s a sentiment long held and told in traditional fairy tales, like Little Red Riding Hood: wolves are not only ferocious; they’re sinister. As some Europeans have fallen into the thrall of rising Nationalism, the wolf is taking on a new image: that of the unwanted interloper. Extinct for nearly a century, Germany’s most fabled foe has been seen slipping back across the Poland border. Their presence has ignited a culture war that echoes the current divide over immigration. While urban dwellers see its return as a good sign, many rural folks blame wolves for terrorizing lifestock and children (true, they do eat sheep). Wolves are “the perfect scapegoat for our times,” said one pro-wolf commentator.

Source: Katrin Bennhold, “A Fairy-Tale Baddie, the Wolf, Is Back in Germany, and Anti-Migrant Forces Pounce,” The New York Times, April 24, 2019 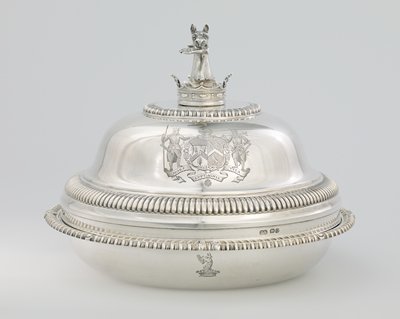