April 17, 2019—The world mourns the catastrophic damage caused by fire to Notre Dame Cathedral of Paris. A symbol of history, piety, beauty, and sheer architectural and engineering ingenuity, the cathedral remains seared in our memories as a place of worshop and wonder, even as flames and smoke clouds erupt from its iconic Gothic rooftops.

Remarkably, many of its treasures had previously been removed for safekeeping during ongoing renovations. French President Emmanuel Macron has vowed its restoration within five years, though professionals say it could take decades.

Source: Aurelien Breeden, Elian Peltier, Liz Alderman and Richard Pérez-Peña, “Notre-Dame Attic Was Known as ‘the Forest.’ And It Burned Like One.” The New York Times, April 16, 2019 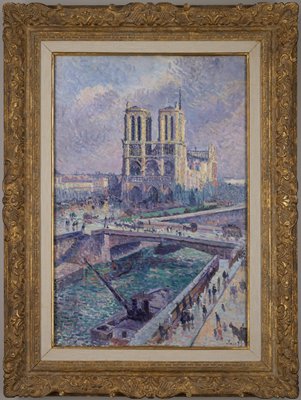