March 13, 2019—When Vincent van Gogh captured this dazzling olive grove in oil paint, he was in France, whose fertile terrain doesn’t recognize arbitrary boundaries between countries.

Good thing, too, because Italy is likely to run out of olive oil by next month thanks to an agricultural crisis affecting groves and their growers. A recent headline in the Olive Oil Times said Italy “Fears Running Out of Olive Oil by April.” Why? Last year’s olive harvest was a bust, with yields at historic lows, and wild swings in weather related to global warming might be to blame. In the grove-rich region of Puglia, a bacteria called Xylella fastidiosa has ravaged 4 million trees over a half-million acres. Also, the so-called beast from the east, a deep freeze across Italy and Greece in 2018, destroyed many trees. As a result, Italy may be forced to import olive oil from Spain and Greece—not for the first time, but still—while reducing its exports to other countries. 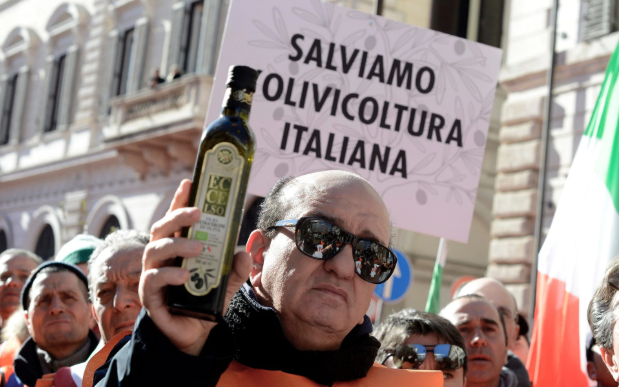