November 29, 2018—Prehistoric raptor tracks found in South Korea suggest the tiny predator that made them would have fit in this bird cage.

Found by Kyung Soo Kim of Chinju National University of Education, South Korea, the footprints measure 1 cm long, giving an estimated hip height at 4.5 cm—evidence of the smallest dinosaurs ever found. Microraptors found earlier in China were about the size of a crow, but this potentially new species would have been about sparrow sized. Tentatively named Dromaeo-sauriformipes rarus, these carnivorous cuties roamed 110 million years ago. They were related to the famous velociraptor, identified as such because “raptors placed only two of their toes on the ground, while the third toe was retracted like a cat’s claw,” according to Anthony Romilio of Australia’s University of Queensland, who leads the team of paleontologists studying the diminutive dino tracks. 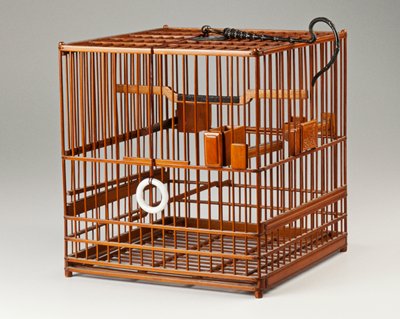