May 24, 2017—In this gallery of Chinese export porcelain, we see the figure of a Portuguese missionary made in China. Why? Maybe it was a gift.

In that same vein, China has just announced a gift to Trier, Germany: a massive statue of Karl Marx. Now, the volk of Marx’s birthplace are left scratching their collective heads. Born 199 years ago, Marx is revered in China, the last major Communist state. So is the gift a celebration—or a curse? One theory is that China is trying to reignite the spark of revolution in capitalist Germany. Another is that Marx’s theory of class struggle, which fueled Mao’s revolution, caused more harm than good, so China is symbolically returning defective goods.

Source: Didi Kirsten Tatlow, “Why Send Germany a Statue of Marx? The Chinese Have Some Ideas,” The New York Times, May 21, 2017 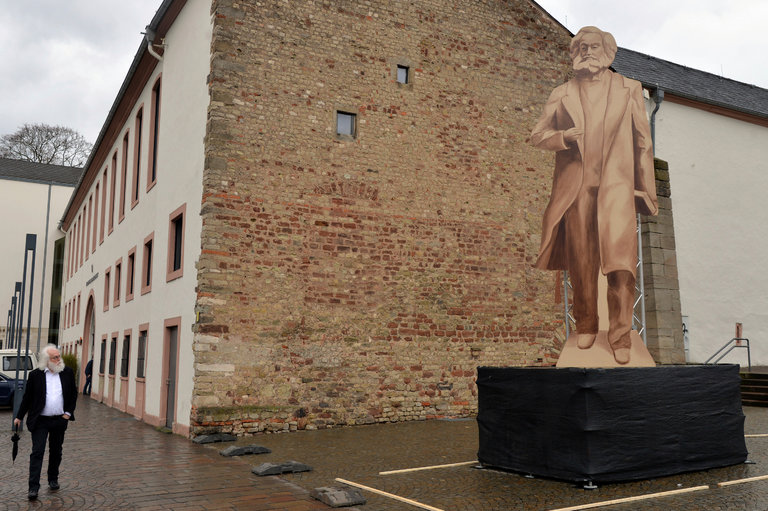