Pointillism: Who did it first?

March 9, 2017— Artist Georges Seurat is known for his paintings made up of small dots that coalesce into detailed scenes. He is credited with the development of this technique, Pointillism.

However, a recent discovery in a cave site in France’s Vézère Valley casts doubt. Sixteen limestone tablets were found covered in small dots and connecting lines, forming images of animals. These examples, and others found in nearby caves, suggest an earlier form of pointillism—roughly 36,000 years before Seurat’s. Time to rewrite art history? Randall White, an anthropologist and the excavation’s lead, doubts the dots influenced the roots of European art. But they do suggest that history has a way of repeating itself. 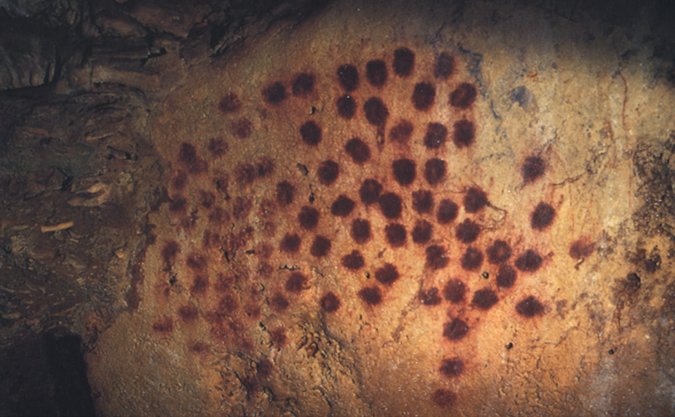