March 28—After a month spent in quarantine, Bao Bao, the beloved giant panda formerly housed at the National Zoo in Washington, D.C., has made a public appearance at her new home in Chengdu, China.

She didn’t exactly take to the land of her ancestors. Turns out, pandas understand languages. Trained to respond to her English-speaking handlers, the 3-year-old panda is now picking up Mandarin—with a Sichuan accent. She’s also settling into a diet of wowotou, or steamed cornbread buns, in lieu of American biscuits. But the bamboo, on which pandas feast daily, is fresh as can be in this breeding facility nearest the natural habitat of China’s famous mascot. Already Bao Bao has gained four pounds. 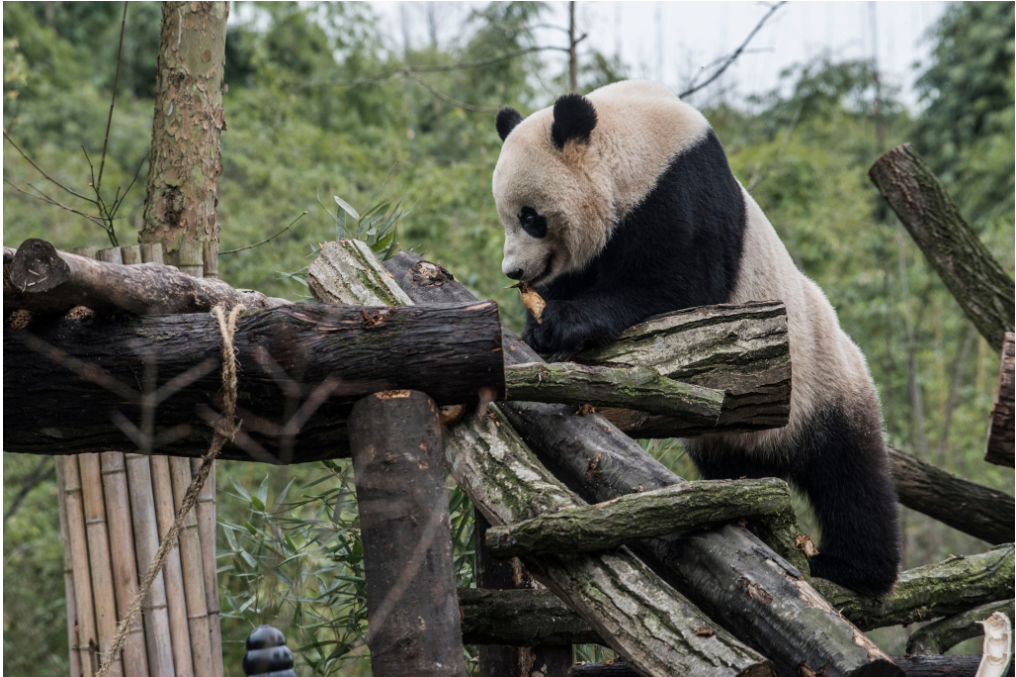