Over the centuries, elephants and rhinos have been slaughtered so their tusks and horns could be carved into objects both ceremonial and banal: royal bling and billiard balls, cruxifixes and piano keys. (If you have a halfway decent piano made before 1970, you’re likely tickling the ivories, as they say.)

This chess set, made in China in the 1700s, shows what a creative carver was capable of, in the fine filigree and detail. It all seems terribly morbid now, but the industry has moved on to even more exotic, if already dead, sources: You can now purchase ivory chess sets made from 40,000-year-old mammoth tusks. Rather ordinary looking. But considering the rarity, the $8,500 price seems almost prehistoric. — Tim Gihring, editor, January 17, 2017

Image: A chess set for sale from The House of Staunton company, made from mammoth ivory.

Timed to coincide with the recent announcement by China to halt its commercial trade of ivory, “Elephant in the Room: Ivory” is a series highlighting the historical use of ivory across cultures represented in Mia’s collection. As China is the largest market for ivory, taken from tens of thousands of endangered elephants and rhinos killed by poachers every year, the ban could help save the animals from extinction. 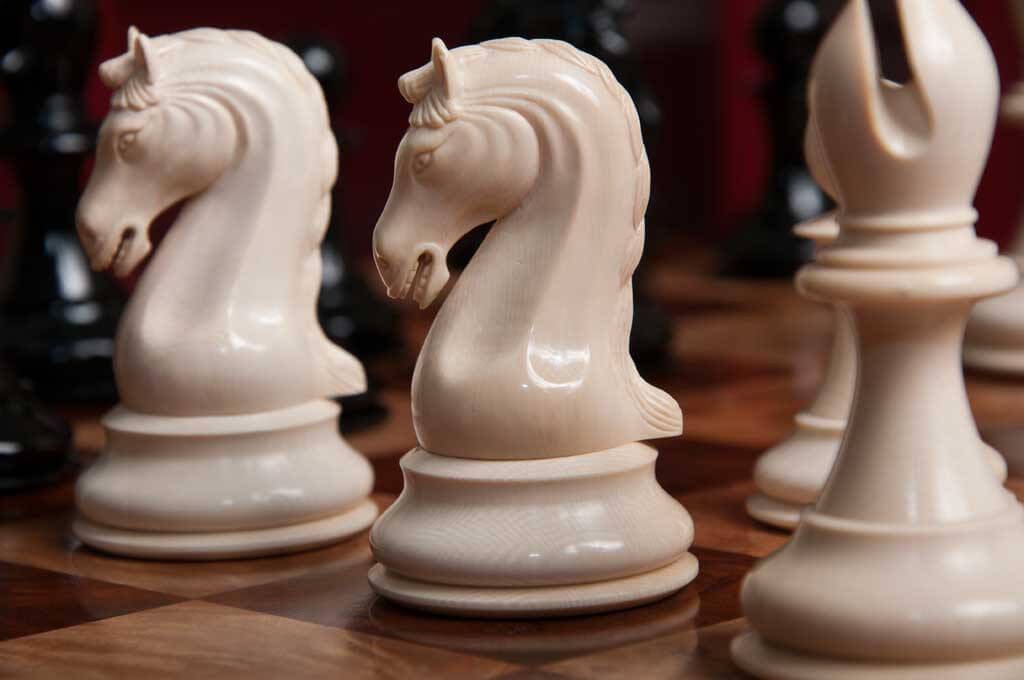