American politics has long been fraught with stark polarization, and increasingly so today. Tooker’s Men and Women Fightingdepicts a heated moment of anger and passion that seems to reflect this political moment. He portrays an instant in which conflict has reached physical confrontation. The tension is exacerbated by the emotive expressions of the figures as they push and pull to hold their ground. Tooker himself was involved in the Civil Rights Movement and cared deeply about peace and equality. He and his partner, William Christopher, participated in the 1965 march from Selma toward Montgomery with Dr. Martin Luther King. His exploration of conflict seems increasingly relevant now.  — Gretchen Halverson, Media and Technology Assistant, October 26, 2016 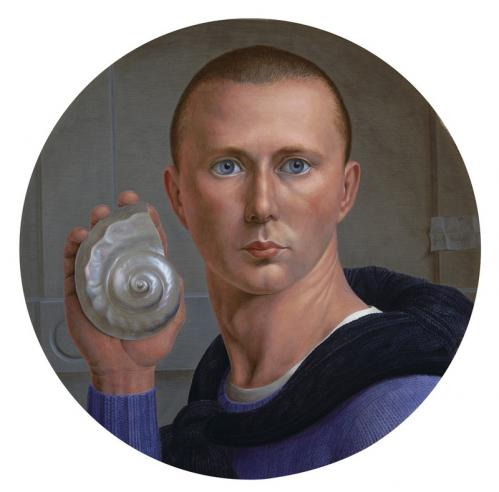