The sailboats in this painting weren’t made to race. They were designed to catch fish. But seeing them all lined up by the dock may bring to mind the scenes now unfolding at the Summer Olympics.

There will be five men’s, four women’s, and one mixed event on Guanabara Bay in Rio de Janeiro, Brazil. Sailing was supposed to make its Olympic debut at the games in Athens, Greece, in 1896. But due to bad weather, it was postponed until Paris 1900.         —Juline Chevalier, Head of Interpretation, August 5, 2016

470s racing in Weymouth at the London 2012 Olympic Games. 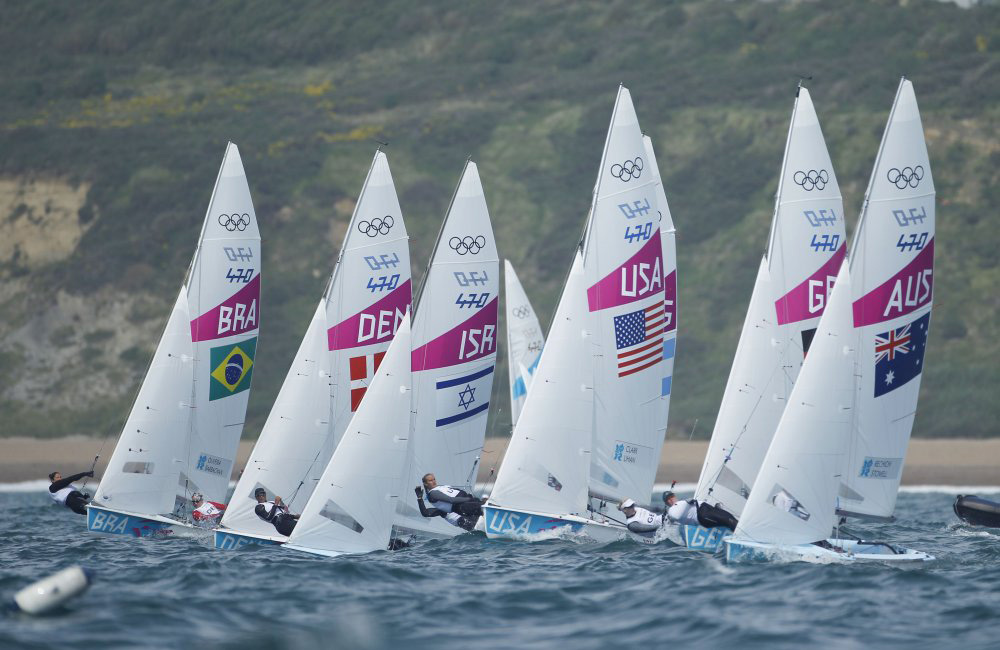