Although it has been 25 years since the death of Serge Gainsbourg, the rebellious French music icon, his presence can still be felt at his former home in Paris. Prior to the musician’s death, fans and critics alike left a graffiti mural on his fence. Today, that still ever-changing mural acts as a shrine to the late musician. The home itself has remained unoccupied since his passing, leaving a “time capsule” of the musician who inspired artists who followed him, such as Beck, Tame Impala, Yo La Tengo, and many more. Come to think of it, his home would make a fantastic addition to Mia’s period rooms.               —Alexandra Cole, intern, July 27, 2016 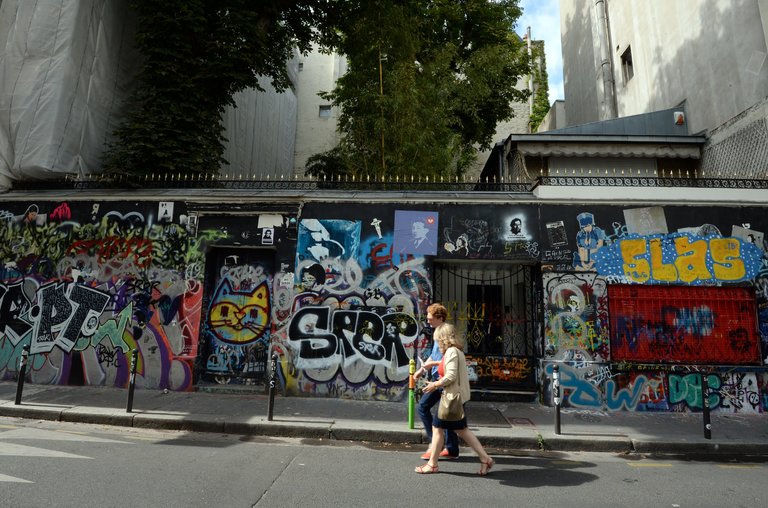