Every hairdo has a first. For her beehive, Margaret Heldt, a Chicago hairdresser, took modern ladies to new heights.

A contributor to Modern Beauty Shop, Heldt was asked to create a signature look for women of the 1960s. Inspired by a fashion-forward fez she fancied, she whipped up the do and affixed it with suffocating amounts of AquaNet hairspray. Voilà—beauty, elegance, and vertical lift, all in a look that would last for days. Her editor dubbed it the “beehive,” a name that clearly stuck.

Heldt might have admired the signature coiffure of this Yoruba shrine head. Not quite a ’hive, but you can almost hear the bees.            —Diane Richard, writer, June 15, 2016

Photos: The beehive, which first appeared in 1960, was a favorite among celebrities, including, from left, Audrey Hepburn and Aretha Franklin in 1961, Amy Winehouse in 2007, and Jennifer Lopez in 2010. 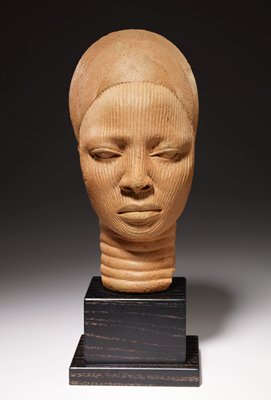