When you think of locusts, you might think of them in Old Testament terms. Or, in a secular context, like a group of teens who’ve ransacked your pantry and gobbled down all your Doritos.

In Argentina, they’re grappling with the real deal—epic droves of humming, thrumming, hungry insects, posing immeasurable damage to the country’s crops. Farmers and fumigators there are scrambling to curb the country’s worst locust plague in 60 years, exterminating them before they fly in hopes of preventing even greater damage. Locust clouds could easily decimate fields of sunflowers and cotton, and grasslands for cattle grazing—one of Argentina’s top crops.                    —Diane Richard, writer, January 28 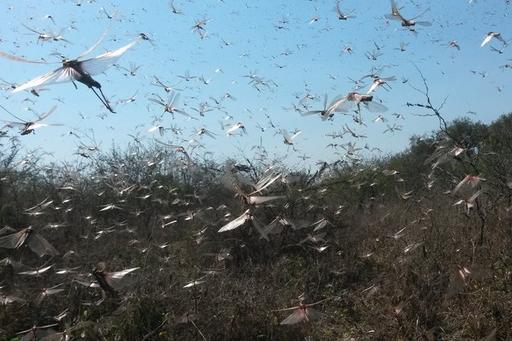