High stakes on & off court?

Athletes gain our admiration for their skill under pressure and competitive drive. Distressingly, though, some fans’ ardor can develop into unhealthy behavior.

Female tennis players in particular are singled out. Recently, Simona Halep, a Romanian player ranked No. 3 in the world, received threats from a fan outraged by rumors of her engagement to another man. Indeed, the sense of one-to-one communication that social media fosters is likely fueling the stalking behavior. Since the 1993 stabbing of Monica Seles, the Women’s Tennis Association has worked to create safe space around players. But performances on court, like Halep’s recent losses, may reflect the strain.   —Diane Richard, writer, July 1 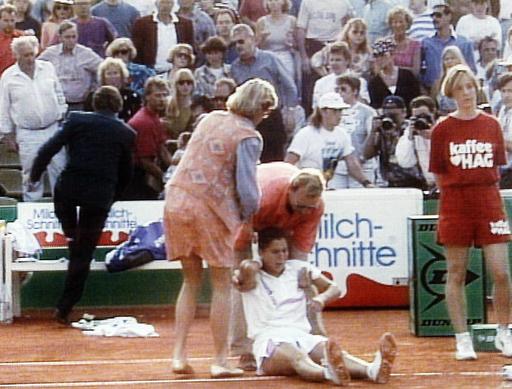