If we know anything from looking at this painting, Mlle Lange as Danae, it’s that artists often get the last word.

Nelson Shanks, whose painting of President Bill Clinton now hangs in the National Portrait Gallery, included all the trappings of presidential power: vases, andirons, a mantelpiece flanked by ionic columns. But the shadow over the fern, cast by a blue dress Shanks hung on a mannequin, alludes to presidential misbehavior. “Let’s face it, that’s a metaphor,” Shanks said. “”There’s a major shadow across [Clinton’s] presidency.”—Diane Richard, writer, March 11 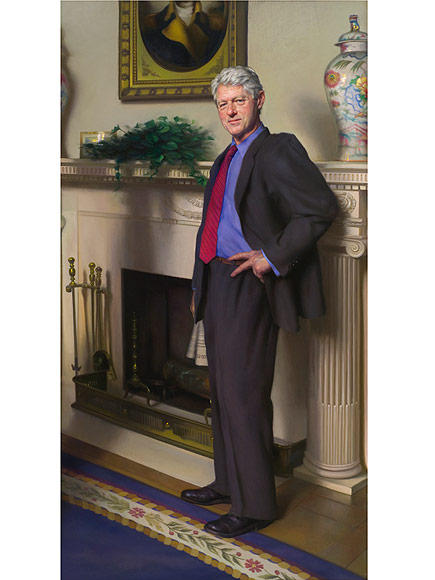