Begging for alms is as old as the Buddha. But what about donning bogus Buddhist robes to go beg for alms?

New Yorkers and tourists are frustrated by the growing numbers of saffron-frocked panhandlers posing as Buddhist monks and nuns, palms up for cash. When offered an insufficient donation, they reportedly demand $20 or more. Devout Buddhists, meanwhile, are irritated to be confused with them. One enterprising reporter followed a “monk” only to discover how quickly he shed his robes before riding the subway back to Flushing to drink cheap wine at a flophouse.     —Diane Richard, writer, July 8

Source: JOSEPH GOLDSTEIN and JEFFREY E. SINGER, “If He Walks and Talks Like a Monk, but Has His Hand Out …,” The New York Times,July 5 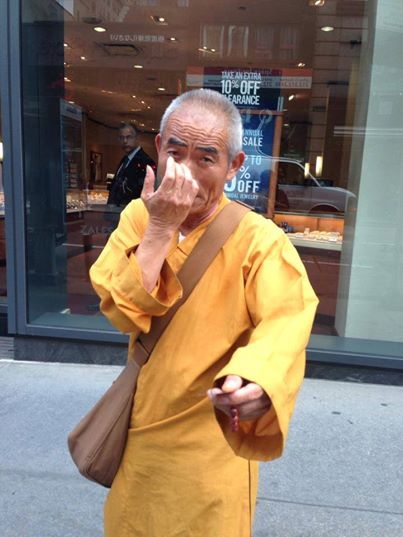