This fantasy coffin dovetails nicely with an eye-opening trend: placing the dead in a favorite pose at the funeral.

True, only a handful of customers have requested the treatment—notably in New Orleans and Puerto Rico—but the photographs are striking. A former boxer wanted to be remembered in the ring, gloves on. The woman below, with wine, beer, and a pack of menthols. A funeral director involved in one such naturalistic service denied attempting to put the “fun” in funerals; rather, he said it was a unique way to help loved ones grieve.       —Diane Richard, writer, July 2 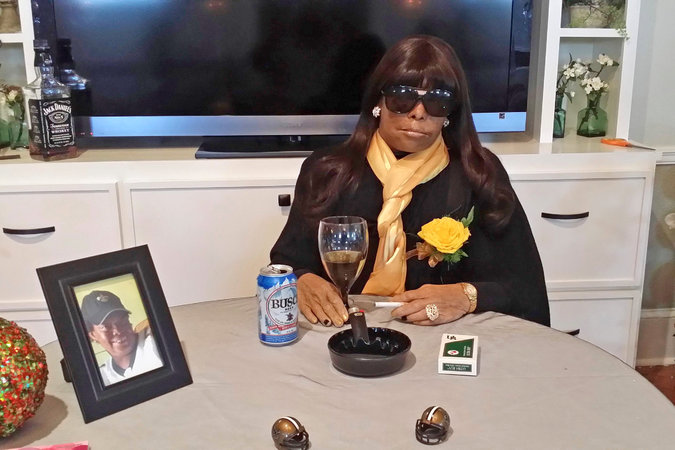