Though tombs seem eternal, they and other sandstone and limestone artifacts are increasingly vulnerable to acid rain and other environmental factors. Industrial pollution is now damaging China’s cultural heritage, survivors of so many dynasties of war and weather.

Recently, antiquities conservators have warned of the damage caused by the fallout from China’s top energy source, coal. Limestone Buddhas, pictured below, are among the latest casualties. Even the terra-cotta warriors of Xi’an, which appeared at the MIA in 2012, are at risk. —Diane Richard, writer, June 3 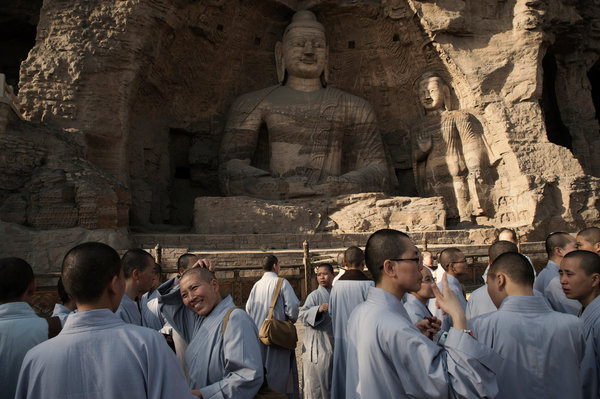