Are you feeling stuffed?

The only thing more awkward than dining out alone might be dining out with a giant stuffed animal. But that’s not how people see it at the Moomin Café in Japan, where going out in groups in the norm and the social awkwardness of dining alone is arguably unbearable—yes, worse than sitting across from a giant stuffed bear.

The Moomin Cafe supplies the stuffed animals, which aren’t actually teddy-bears but, well, Moomins—hippo-like cartoon characters created nearly 70 years ago in Finland. Which you’d presumably also understand if you lived in Japan. 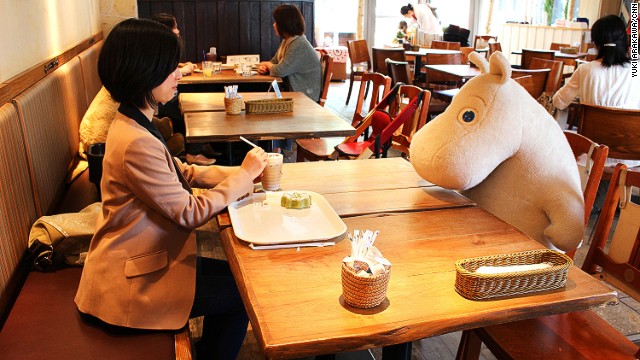