Revenge of the record player?

When Neil Young wrote “My my, hey hey, rock ‘n’ roll is here to stay,” he didn’t anticipate the thin, tinny sound of today’s digital music players. Highly compressed MP3 files, he believes, can’t hold a lighter to records. “Steve Jobs was a digital pioneer,” he has noted, “but when he went home he listened to vinyl.”

So Young invented his own “high resolution” digital music player, recently unveiled at the SXSW festival. Called “Pono” (Hawaiian for “righteous,” Young says), the files are bigger and, allegedly, better. Maybe even than vinyl? “Every part of my body is getting hit with this,” he told the crowd. “My soul is feeling it.” Rock on. 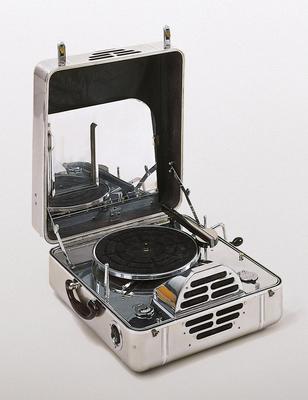