Down with Space Junk?

Evidently so: just last weekend, a 1-ton European satellite ran out of juice and plummeted to Earth, breaking up into tiny pieces that peppered the South Atlantic Ocean like a big Caesar salad.

It’s yet another instance of a trend worrying scientists: the unpredictable re-entry of space flotsam into the earth’s atmosphere. 100 tons of the stuff is expected to fall on us earthlings this year alone. 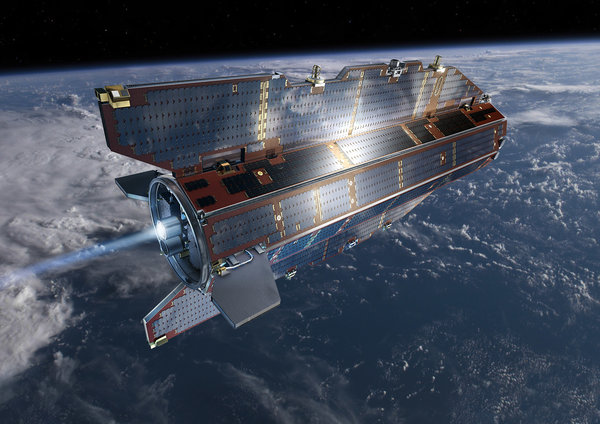