What’s it worth to you?

To Banksy, the anonymous U.K. artist, it was $60. That’s how much he charged for each piece of signed artwork he sold at a one-day sale near Central Park.

Ever tweaking the art establishment, Banksy made his retail debut during a month-long stint in NYC. His work, which has sold at auction for as much as $1.87 million, brought in $420 (eight paintings; 50% off for two). Much like a ukiyo-e print—once ephemeral, now collectible and valuable—his satirical stencil work raises questions about the vagaries of taste and context. 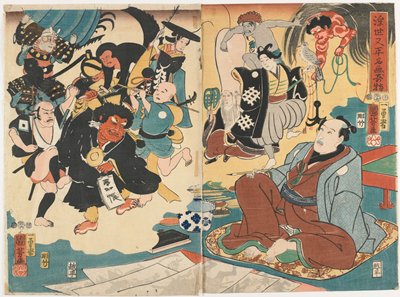