A tale of two powerhouses: AM radio and the Cardinals

The 50,000-watt signal of KMOX, the broadcast home of the St. Louis Cardinals for 58 years now, is a testament to the reach and staying power of AM radio. Testing the legendary station’s range during game four of the World Series on October 27, a New York Times writer drove south from Busch Stadium. Because AM (amplitude modulation) signals improve at night, the broadcast he heard outside a Mississippi restaurant—his final stop—was still crystal clear.

AM radio waves travel around the globe without shooting into space, and better interact with the ionosphere without interference from the sun. Because of this, KMOX has spread the Cardinals’ popularity to 44 states, and fans as far as Guam and the Netherlands have reported getting the KMOX signal. 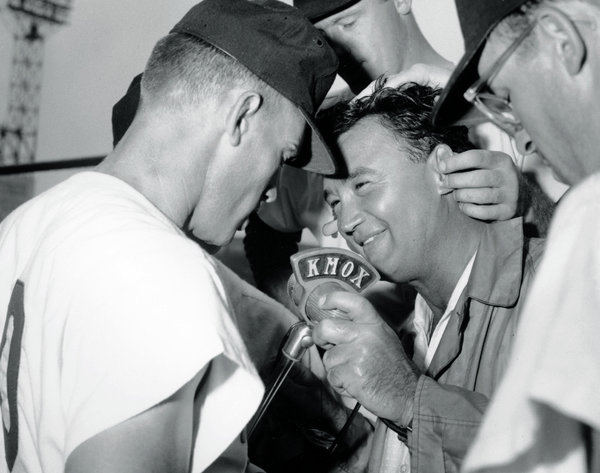