The bubonic plague, aka Black Death, which killed one third of Europe’s population in the 14thcentury, is alive and well—in Africa and, yes, the United States.

A recent study placed the U.S. as eleventh in number of plague cases (57 in a decade)—the only wealthy country to secure a ranking. That rate is dwarfed by infections in Africa, afflicting tens of thousands each year. The main vector is bites from fleas, though camels, dogs, squirrels, and prairie dogs are also culprits. —Diane Richard, writer, September 19

Photo: “Illustration of bubonic plague in the Bible” (1411), WikiCommons (German) 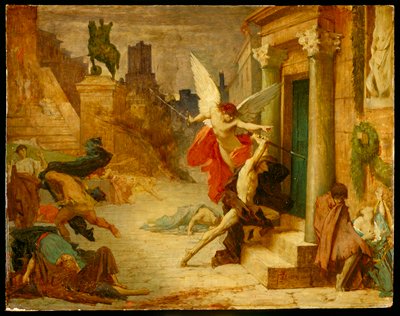