An Idyllic Landscape for Tony Soprano?

Actor James Gandolfini died at age 51 of a heart attack on June 19. Like most people, when I think of Gandolfini, I think of Tony Soprano and his New Jersey mob. We were all hooked on The Sopranos due to the development of complex characters—and their relationship to place. And not just any place; New Jersey, where most of the show was filmed.

Gandolfini grew up close to Montclair and with his character’s multiple industrial business“interests,” he probably would have understood Inness’s inclusion of a factory in a beautiful landscape. 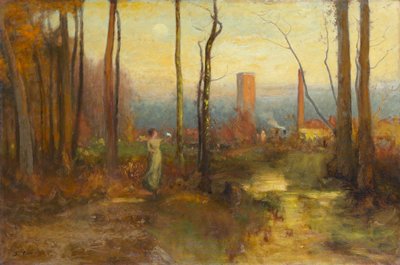